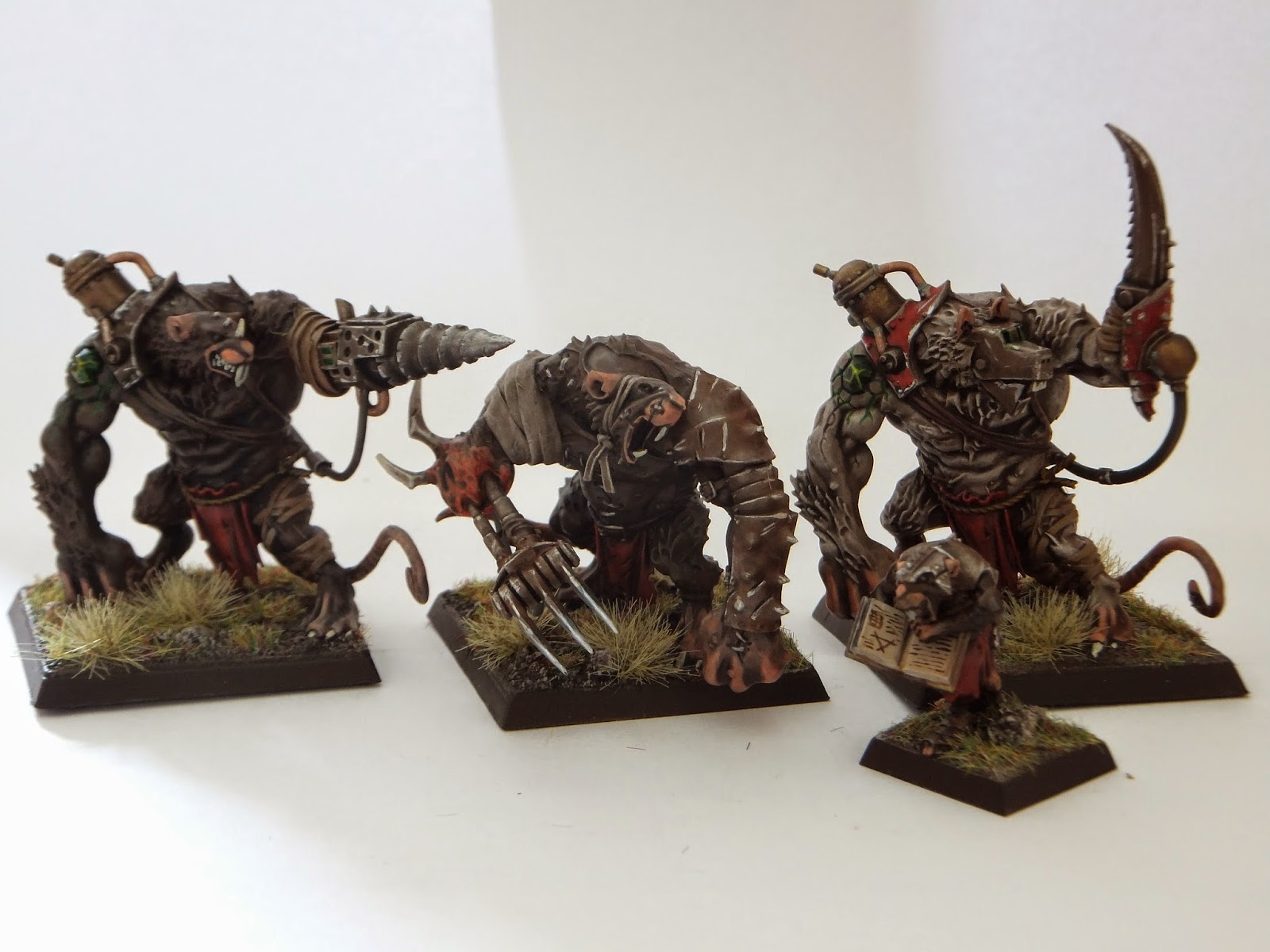 Things I have done with Devlan Mud

Sitting there, looking at a pile of 56 unpainted Skaven slaves; I'm thinking
“I'm going to cherish and value each and every one of you and give you a paintjob fit for a prince of Slaneesh”.
2 rats in, the base coats are going on with a drybrush and I'm thinking
“I want to get shot of you as quickly as possible and you’re going to get a paintjob fit for the dirty, useless, and expendable, 2 point shod that you are.”
The redemption for these very poorly painted models was that they’d get a lovely coating of Citadel Devlan mud wash once the base colours were on and dry.
Devlan Mud was splendid! It hid where I’d gone over the lines, did some shading, added definition to the model and even filled in the crevices - a la the old technique of black lining. It made everything look dirty and shonky and gave the illusion that I was a competent painter. It was my staple diet for rat painting and I thrived upon it. 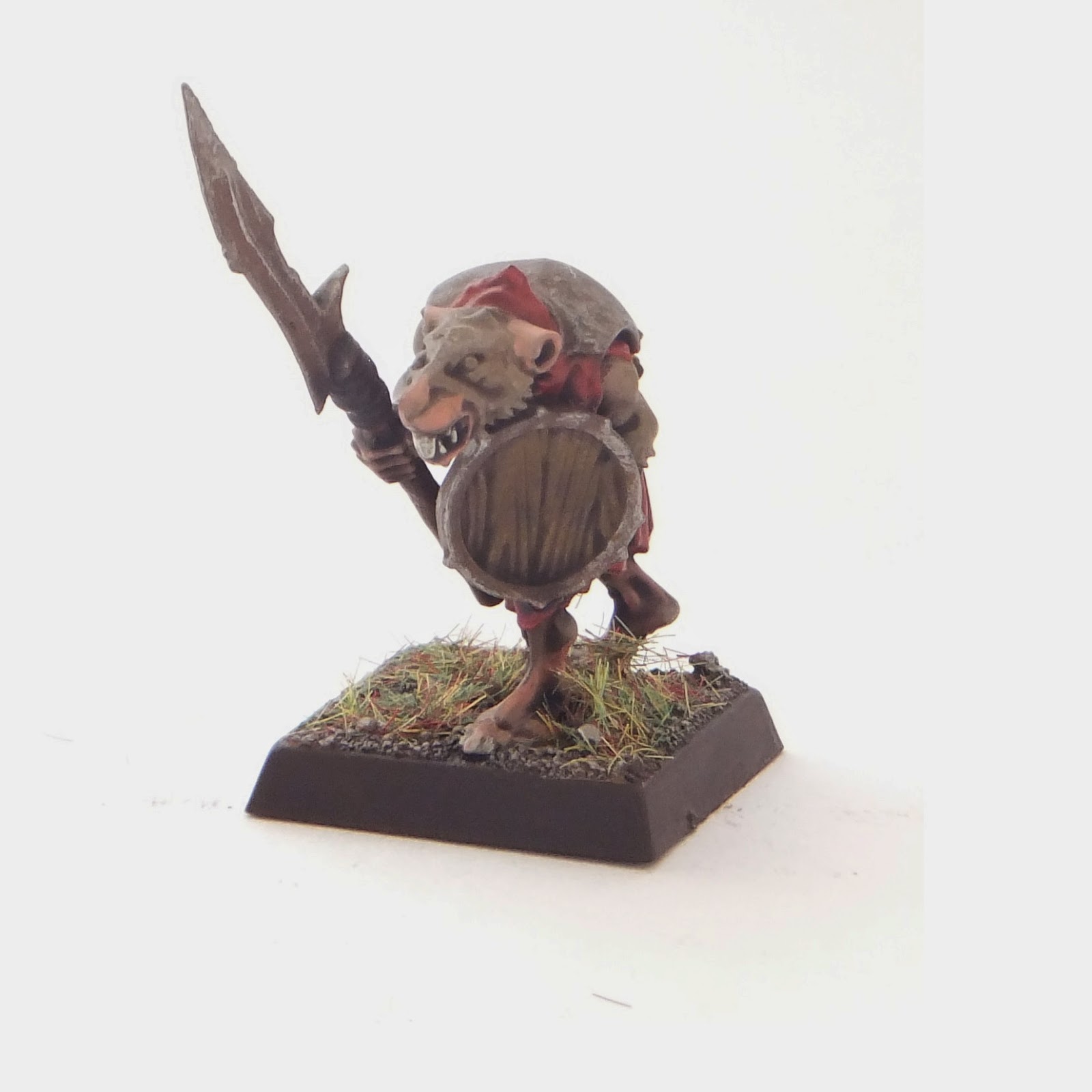 Then something happened… Something awful… It became referred to as the Devocalypse - Citadel stopped making Devlan mud.
Initially, it didn’t seem too bad - I had a small stockpile and they said that they’d replaced it with another wash: a material called Agrax Earthshade. It didn’t bother me for a while, and I kept on using my stockpile of Devlan Mud.
I was down to my last two pots of Devy and I thought “I’d better give this ‘Ajax Earthshade’ a go - see what it’s like”. And I did, and I looked upon what this ‘Ajax Earthspade’ had done. And I was not pleased.
Where Devy had stunk of epic win, ‘Ajax Earspade’ had the sweat smell of rotting fail all over it - it didn’t hide my sloppy brushwork; it wasn't as good at shading; it didn't add decent definition and it didn't fill the crevices. In fact it did the opposite - it acted more like an overall tone to the model.It had an added disadvantage: my rats were coming out shiny. My rats were becoming like Skaven from the Twilight films - sparkly… Real Skaven don’t twinkle!


Clearly, ‘Amtrak Earspade’ was neither going to cut the mustard, nor sizzle the sausages. I had to find a replacement for this delinquent chemical monstrosity tout bloody suite!
So I tried some replacements and this is what I found (in a handy table). 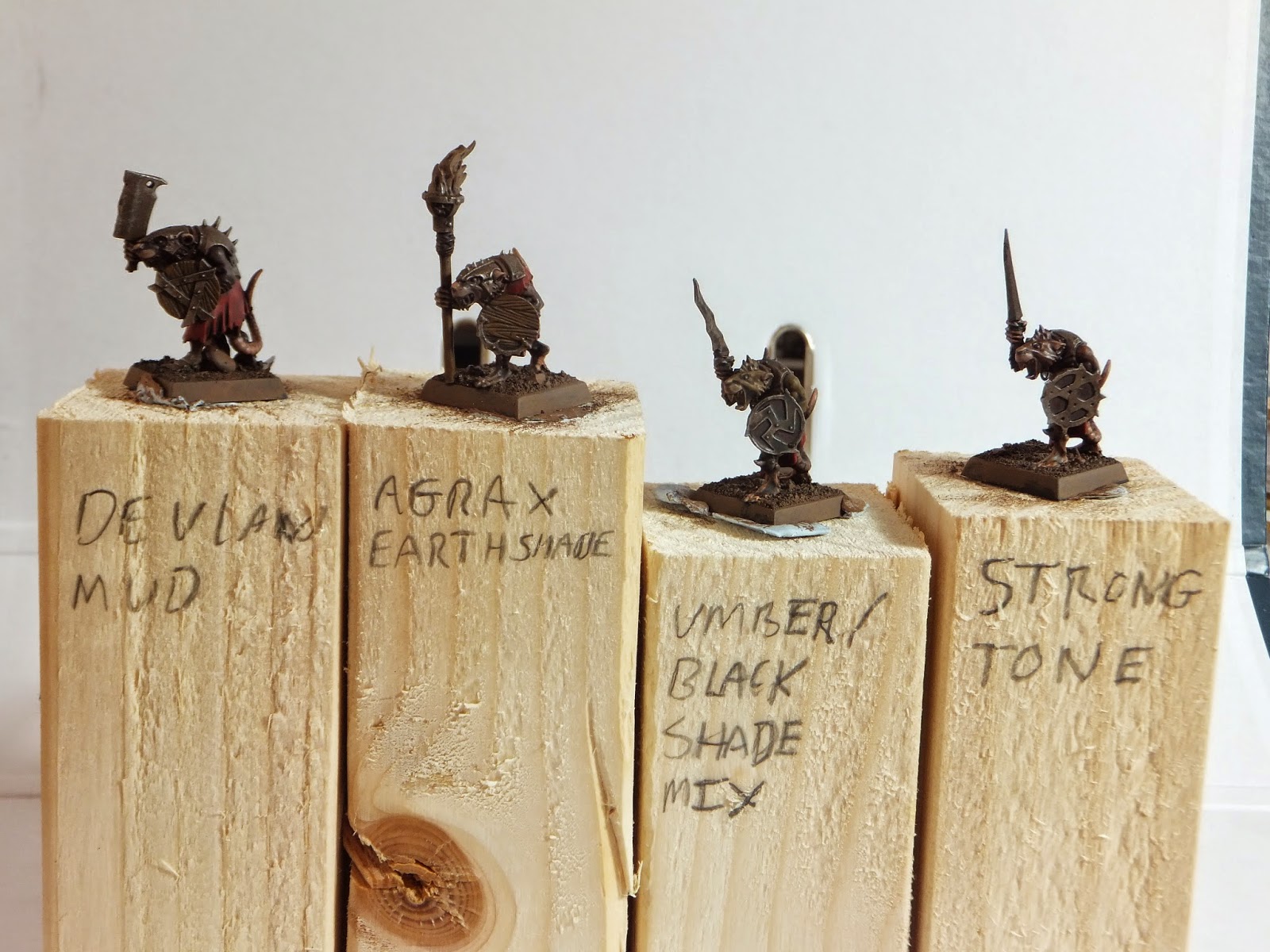 Name Devlan Mud Agrax Earthshade Umber / Black shade mix Strong Tone Who makes it No-one L G Dubz Vallejo Army Painter The Good The original and best. Hides sloppy edges, shades and defines. Good for rusty metal.Consistent results Er….
You can still buy it? Provides good shading. Not glossy. Comes in cool dropper bottles Nearly as good as Devlan Mud.Fills in the crevices without blackening the model. Comes in cool dropper bottles The Bad Smells a bit (not really a problem for me). Allegedly slightly water soluble once dry. Has a redder tone than Devlan mud, so can’t be used as a direct replacement – which is a bit annoying if you want one half of your army to resemble the other half you painted before the Devocalypse. Not as ‘strong’. Seems to be lacking in ‘suspended solids’. Very glossy – makes models shiny and plastic looking. Doesn't seem to fill crevices but does stick to the flat surfaces. Too high in suspended solids.Flattens any highlighting and ‘blacks out’ some parts of the model. Inconsistent results.Neither colour wash is quite ‘right’ so mixing is necessary. A bit shiny, but not as bad as Agrax.
The ugly  You can't buy it any more.

The only stockist I've found is an Essex company who take 6 weeks to post an order.
So to sum up. None of the replacements are perfect, but the one I've found that works best is Army Painter’s Strong Tone.

I'm in the middle of a rat binge at the moment but I'm gearing up to make more progress on the Blasta Bomma. Watch this space.