How To Introduce Friends To The Hobby

When a lot of people (myself included) introduce their friends to the hobby, they often deploy the best of intentions to fairly bewildering effect. As such, we lose a potential gamer.

With this post, I’m going to try and provide advice for hobbyists inducting newbies into their geek clique. Obviously different people need to be introduced in a way that suits them, but all too often we try to help them with the always popular Ill-Conceived Intro Rant. Halfway into our Rant, our poor friend may now be looking and feeling a little bit like this: 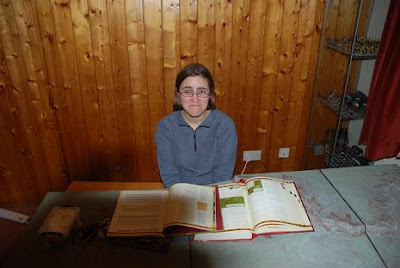 Not sure what I mean by the Intro Rant? Here’s the worst-case scenario:

“OMG Garry you really should start playing 40k because Ultramarines are mad fresh they have 3+ saves which makes them proper nails and I collect them by the way I’ve got like 6,500k of them but you can collect the orks because then we can have super fun battles which I’ll win at first because I’m uber and a bit elite etc but also cos it’s really fun... oh, and orks only have a 6+ save but they’re sweet in close combat because they’ve got furious charge ok ok ok are you ready for a game? Ok cool well yes since you ask there is a big rulebook. Yes, it is big, isn’t it? Don’t worry, all the rules are in my head, so you don’t need to look at the book. In fact, there – I’ve put it away because only noobs need the book. Now, you just sit back and roll dice when I tell you to. Man this is going to be awesome.”

Obviously, the narrator in this example is a moron. If you’ve met the speaker from this example, I’m very sorry. Yes, they are a compelling argument for euthanasia, aren’t they?

Worryingly, though, even the most lovely and well-adjusted people may still find they’ve made some of the same mistakes as Garry’s self-appointed Nerd Guru. Indeed, in almost every instance I’ve ever seen or heard of someone being introduced to the hobby, doing one or more of the following might have helped:

1. Avoiding the use of phrases like ‘40K,’ ‘Ultramarine,’ ‘armour save,’ ‘ork,’ ‘close combat,’ and so on as though your friend is supposed to know what they mean. They probably won’t know what they mean, and they’re probably too polite to tell you.

2. Be sparing in the amount of information you attempt to cram into someone’s head! If it’s their first game, don’t explain every phase of the turn; try giving them a broad overview so that they always understand what’s happening rather than how it’s happening. The how will come in time.

3. Rather than talking at great length, let them look at your models, or the pictures in your rulebooks, and ask them what they think is cool. There’s nothing more frustrating than having a question you want to ask whilst some dude rants at you for half an hour on a subject you don’t really care about. Ask anyone I’ve ever ranted at for half an hour.

4. Be wary of turning into a Hobby Parent, by which I mean, being overly prescriptive with your new wargaming friend. If they want a dragon, feel free to let them know that the game’s rules will prevent its use in a small army, but that if they like it, they should feel free to get it and paint it anyway! You’d be surprised how damaging it can be for someone to feel like the only way they’re allowed to do the hobby is within the path you’ve laid out for them.

There’s a lot more I could say, but that’s the gist. If anyone has some particularly comical or constructive dos and don’ts to add to the list, go ahead and leave them in the comments box.

Finally, my thanks to Jen, a wargamer of many years, for doing such a good job portraying Noobella the Terrified.